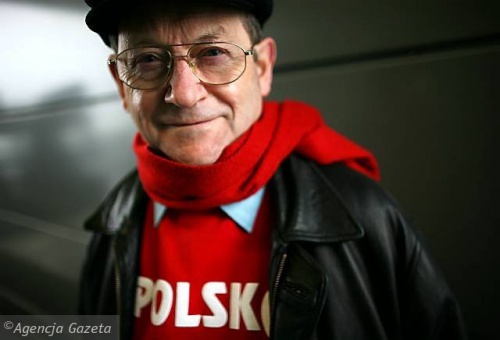 Poland, a country inhabited by 39 million people is situated in the middle of Europe. According to GUS a total number of permanent Polish emigrants in 2013 equalled 12199.
The data indicates that besides children aged 0-4, the most numerous group immigrating to Poland includes people of the age 30-34. The vast majority (10 602) consisted of people with the Polish citizenship. This applies both: to the people who obtained their citizenship due to ius sanguinis and to those who received the administrative citizenship certification. 6623 people born outside of Poland is recognized to be the next generation with Polish roots.

Coming back to the homeland of ancestors – Poland, has become a definite trend in the recent years.

Among people certifying the Polish citizenship we can distinguish many respectable figures. One of them is professor Norman Davies ­- a notable Polish-British historian. Professor Davies studied history at the University of Oxford, in Grenoble, in Perugia
and at the University of Sussex. Davies published numerous articles and papers about European and Polish history. He completed his PhD at the Jagiellonian University in Krakow and obtained the Polish citizenship in 2004.

Denis Urubko born in 1973 in Niewinnomyssk, one of the most successful Himalayan mountaineer in the world also turned out to have Polish roots. His achievements include: conquering all the 14 eight-thousand-meter-high mountains and a title of the Snow Panther for climbing 5 seven-thousand-meter-high mountains. He obtained the Polish citizenship certification at the beginning of 2015.

Poland is a country which still attracts and fascinates foreigners. An interesting story of 2 Americans of Polish origin has recently appeared in one of the popular web portals.
The women founded an organization dedicated to computer education. The aim of the institution is to teach computer programming girls of age 8-12. Asked for explanations in the interview for innpoland.pl, they admitted that Poland similarly to the U.S. suffers lack of women in the technology industry. The organization is created to bring changes in the nearest future, starting in the country of women’s origin.

The next group – sportsmen are the largest group trying to obtain the Polish citizenship. Their representative Paulo Dybala is a football player of the Polish origin, born in Argentina. His grandfather emigrated from the small town Kraśniów in southern Poland and settled down in South America. Paulo Dybała, his talented grandson was bought by Juventus F.C for the exorbitant price – 32 million Euro.

Polish citizens tend to be successful in their homeland as well as abroad. The story of the Tyrmand family is another example of Polish immigrants’ achievements in the U.S. Leopold Tyrmand a noble Polish writer emigrated to America. However, his son Matthew also the author of many books and publications enjoys visiting the land of his origin. In the interview for the web portal: magiel.waw.pl he claims to be a heedful observer of the Polish political scene who is truly interested in the current situation in Poland.