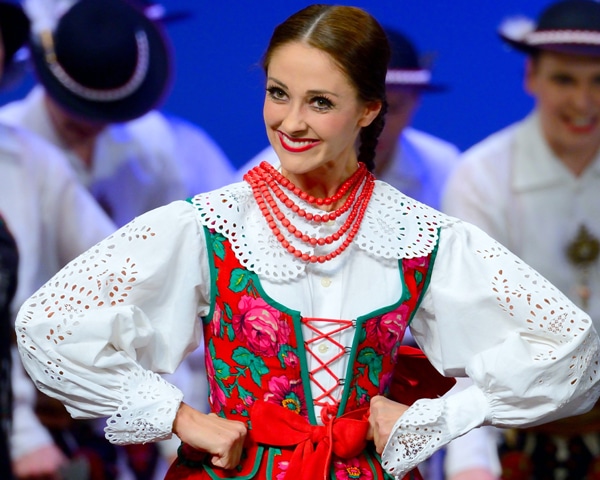 Polish folklore – regional heritage combining among the others: architecture, art, music and dances is becoming more and more popular among the younger generations of Poles. Not only do the Poles implement ethnic patterns into a casual fashion but also are becoming more interested in the cultural events promoting the regions of Poland.
Out of many types of our folklore the most known and typical are: Highland style, Kashubian style and Cracovian style.

Another type – the Kashubian one is famous from the beautiful hand-craft and embroidery. What is interesting, the Kashubian language is recognized to be the distinct language, not just a dialect. The Kashubians despite the germanization have maintained a strong community recognizing themselves as Poles.

Talking about the area of Cracow we should consider that the city used to be the capital of Poland in the distant past. The region of Cracow has its own folklore with traditions and customs. After all who does not know the Cracovian ‘ Lajkonik’ or the typical dance known as ‘Krakowiak’. Not without a reason Cracow is recognized to be the capital of the Polish culture.

Polish folklore is incredibly colourful and joyful. Every year in Rzeszów take place the Festival of Polish Folk Bands where folk groups of Polish emigrants perform their dances and music. Young people more and more often get engaged in Polish traditional dances and music, observing our beautiful traditions.

So if you would like to see the highlanders from Zakopane or sign up for a course of Kashubian language you should definitely visit the country of your ancestors!